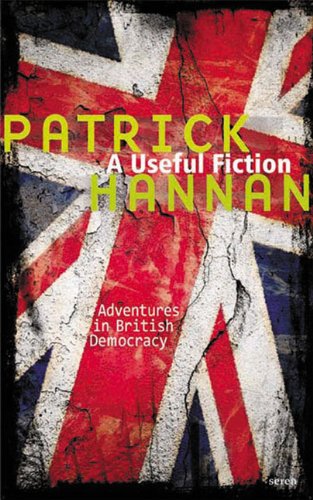 Have you noticed that there is a lot of introspection about devolution just now? I suppose it underlines the fact that devolution is a process rather than a settlement that everyone is still looking at how to tweak it. Maybe it is just the newness of it. The Scottish Parliament is very young as these things go, just ten years old. As such, there is inevitably a sense that we haven’t quite got it right yet.

Mind you, you can never get it “right”, in the sense that everyone will be happy. Westminster is as well-established as they come, and yet people are constantly suggesting reforms from every angle imaginable. That has, of course, gained even more momentum in the past year or so, particularly with expenses scandals and the like.

So it is only natural that people should be wagging their jaws about devolution all the time. But the chat has seemed particularly intense of late. The SNP are having a National Conversation, while the other major parties have thrown their lot in with the recently published Calman report.

I guess you can put a lot of this down to the fact that the SNP are in government. That was an epoch; completely new territory that demanded introspection. What are the reasons for the SNP being in power? Unless it is an anti-Labour vote (which, to be fair, is highly likely), it may be because people are unhappy with the constitutional situation as it stands. An SNP government is perceived to be a major step towards independence, even if a number of major hurdles remain.

The tenth anniversary of the Scottish Parliament is also a good excuse to look back on how devolution has panned out so far and to work out how to refine the system for the future. All of this has been a useful hook on which to hang Patrick Hannan’s latest book, A Useful Fiction, of which I recently received a copy to review.

But that is largely a marketing device. The tenth anniversary of devolution is barely, if at all, mentioned. Meanwhile, thoughts on the Calman Commission feel as though they have been slightly shoehorned in, rushing to mention it lest the book feel out of date by the time people get round to reading it.

But the book could not have been written six months ago. Indeed, the sheer amount of important events that actually happened in the past year or so (chief among them the credit crunch and the collapse of RBS and HBOS) become quite clear as you read the book. For that reason, it probably will feel out of date by the time many people get round to reading it. But that is the peril of writing a book about current events, especially a process as unpredictable as devolution.

Mind you, not all of the book is about current political events. That is simultaneously the book’s main strength and its main weakness. On the one hand, it ensures that the book isn’t completely preoccupied with political points that are very salient in 2009 but will be fish wrapper come 2010. On the other hand, any politics geeks who read the blurb and expect to be able to immerse themselves in interesting constitutional arguments will be disappointed.

While the second half of the book focuses very much on the politics of devolution, it takes a while for the book to reach that point. Much of the front end of the book is preoccupied with more general points about national identity. I spent a lot of my time thinking, “well there’s plenty about cricket, rugby, the meaning of flags and other cultural issues; but not much of the politics I was looking for”.

That is not to say the early part of the book is useless; far from it. These reflections on Britishness and the nature of national identity are fundamental to the subject, not to say interesting to read about. But I did feel as though the book was taking its time to deal with the questions I was seeking answers for.

But when the book does move on to ask these questions, answers are few and far between. In his review of the book, Will Patterson said that A Useful Fiction is a book for moderates, which is a good way of putting it.

It is not exactly to say that Patrick Hannan constantly flits cowardly around the middle ground. I did raise my eyebrows from time to time in the course of reading this book. But after making an interesting suggestion, he often fails to commit it. The reader feels almost like the victim of a practical joker who looks like he is passing you something only to snatch it away as you reach out for it.

This left me finishing the book feeling as though I had read an interesting book, but one that lacked any central themes or arguments. It makes me wonder what Patrick Hannan sat down to write the book for, other than to set out an interesting collection of thoughts on Britain’s constitutional situation.

Nonetheless, I would say it is well worth reading A Useful Fiction because it is an interesting collection of thoughts. It certainly provided me with some fresh perspectives and Mr Hannan is an engaging enough writer.

But if you think you’ll want to read it, I would hurry up before it gets overtaken by events.