Bobby Fischer Against the World 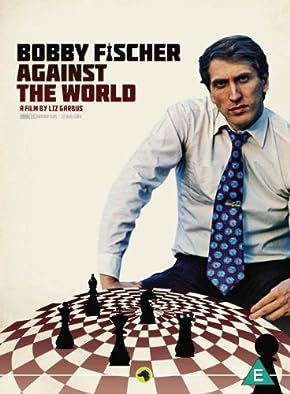 This year everyone has been talking about the Senna documentary, including me. But while praise for Senna has come from F1 fans and non-fans alike, I have been more impressed by another sport documentary from this year — Bobby Fischer Against the World.

Chess may seem like an unlikely game to take to the big screen. But chess comes alive in this riveting documentary about one of the most fascinating figures of the 20th century.

The term ‘flawed genius’ may be an overused cliche, but if it applies to anyone surely it is Bobby Fischer. The film tells the story of how a variety of factors contributed to a great man’s decline.

The centrepiece of the film is the famous 1972 World Chess Championship match between Bobby Fischer and Boris Spassky. The individual American took on the might of the Soviet chess system, which had dominated world chess for a quarter of century. This Cold War face-off had as much political significance as chess significance, as is cleverly illustrated through the use of archive news footage.

But the chess itself is never forgotten. The significant moments of the match are explained in a very vivid and accessible manner. I would guess that little or no chess knowledge is required in order to enjoy this film. The world’s most popular board game doesn’t have a sexy image, but after watching this film you wonder why.

But what stays with you is the tale of Fischer’s decline. This is where this film excels over Senna. It is a painfully honest assessment of the downsides of Bobby Fischer’s character. In the Senna hagiography, the driver’s flaws are only ever briefly brought up, and even then it is only to sweep them straight under the carpet.

In contrast, Bobby Fischer Against the World in unafraid to shine the torchlight on the enigma of the world’s greatest chess player who managed to alienate everyone he knew. At times it is painful and embarrassing to watch as a successful man becomes a delusional, anti-American, antisemitic and all-round offensive man.

In doing so, the film paints a genuinely complete picture of one of the 20th century’s most significant figures in sport. Senna, in contrast, only skims the surface.