This is part two of a two-part series. Check out part one. 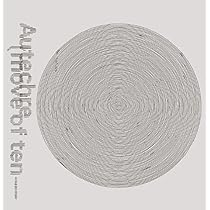 Autechre’s second release of the year is officially an EP, but is just as long as its companion album Oversteps. In the case of the second half of this EP, you can certainly hear that these tracks are different versions of tracks from Oversteps, continuing the ‘versions’ concept of their previous album, Quaristice.

However, the vibe of Move of Ten is quite different to that of Oversteps. Move of Ten is more beats-oriented. It’s glitchier, and it’s funkier. And, as you would expect from Autechre, it is all brilliant. 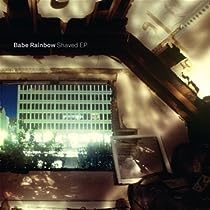 I have a bit of a hot and cold relationship with dubstep. It always seems like it’s on the cusp of being brilliant, but actual brilliance is thin on the ground. Latterly, a lot of it has sounded highly derivative.

But Babe Rainbow caught my attention. Maybe it’s because he’s on Warp, a label that had seemed to have given up on pathfinding electronic music. But this is exciting. In fact, it reminded me of when I was first discovering Warp and artists like Brothomstates. For my money, Babe Rainbow is the most exciting new Warp artist since Battles.

In that sense, I am surprised that Babe Rainbow hasn’t been getting more attention. Or maybe it just goes to demonstrate why Warp have given up on new electronic artists. 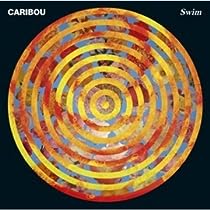 Dan Snaith’s latest is poppier and more immediate than previous albums. It’s a bit of a foot tapper. Things have been stepped up a gear.

But none of the experimental or psychedelic edge of Caribou’s previous albums has been lost. As such, Swim is as good for your head as it is for your feet. Which is exactly how it should be. 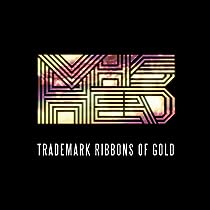 Brilliant, brilliant, brilliant. It is so exciting to hear music this strong from a new artist. And it’s especially great to see it coming out on Skam Records, a label that has been largely dormant for the past five years.

Spliced together from samples taken from old VHS videotapes, Trademark Ribbons of Gold mixes the dark nostalgia of hauntology with the futuristic vision of IDM. Part Mordant Music, part Boards of Canada and part Jackson and His Computer Band — but also unlike anything that has ever come before.

This album is absolutely massive, and with the possible exception of Autechre’s releases, the standout of the year. 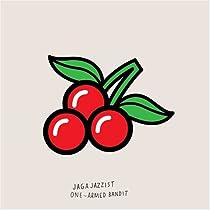 This is Jaga Jazzist’s first album in five years. Releases are few and far between. Apparently being a ten-piece makes it difficult for them to churn them out, though at least it’s alway an event when it does arrive.

I have to be honest. This isn’t my favourite Jaga Jazzist album. But it is still much better than most other stuff going. The band’s tip-top mix of jazz, prog and electronics is almost tailor-made for my ears.

The highlight of the album is undoubtedly Toccata, which builds and builds — no doubt with a bit of inspiration from Steve Reich and Philip Glass.