Because that’s what you really want to know, isn’t it? It is mid-April, and ever since Christmas you have been on the edge of your seats thinking, what music really got Duncan’s toes tapping in the arbritary selection of 365 days we elect to call “2010”? Well your luck is in, because I am going to tell you right now, while neatly ignoring everything that has happened in 2011 so far.

So here are my five of my top ten releases of 2010, in no particular order. The other five will appear in a separate post to be published next week. 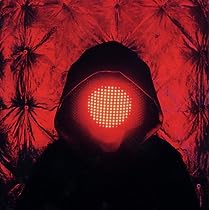 Squarepusher has always existed in an extra dimension, deftly able to make his albums sound like they can be performed live, while clearly being studio creations. Building on previous albums, Just a Souvenir introduced the ‘fantasy band’ concept, cementing the vision of ‘live’ music that could never be played live.

Shobaleader One is supposedly the realisation of the fantasy band. The band seems to be made up. It’s the concept of Gorillaz mixed with the gimmicks of Daft Punk. But the music sounds like Squarepusher’s.

While parts of the album seem naff, I can’t help but enjoy this music — and still marvel at Squarepusher’s inventiveness. 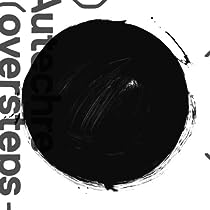 As if we needed reminding, Oversteps was a reminder of why Autechre are considered to be at the forefront of electronic music. In fact, it seems like a shame that seemingly no-one is able to make music that comes close to what Autechre achieve.

For instance, take the track ‘ilanders’. Who else could come up with those crazy unique beats, mixed with that bad-ass bassy melody, and make it sound so right? I hope Autechre are documenting their techniques so that they are not lost.

For me, Oversteps is Autechre’s best work since 2001’s Confield. If you know how much I love Autechre’s music, you will understand just how excited I was by this album. 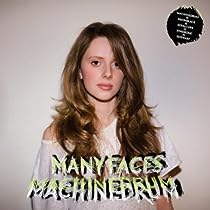 I had lost touch somewhat with what Travis Stewart had been up to since his releases as Machine Drum on the excellent Merck label, which shut down a few years ago.

I was delighted to learn about this release, which sees Machinedrum expand beyond the glitch-hop of his earlier releases and move into massive electro-house — and beyond. It’s the “many faces” of Machinedrum, geddit?

Great fun to listen to, and my favourite musical surprise of the year. 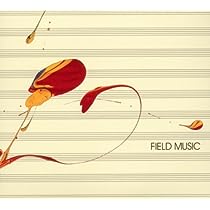 An increasinly rare slice of thoughtful and intelligent rock music.

Field Music manage to produce surprising and perhaps unconventional music without heading towards pretentiousness. And their music clearly takes cues from music of the past, without ever ending up sounding derivative.

The music of Field Music has always been well-constructed and melodic. But mixed in with the bouncy angular tunes that we are accustomed to from Field Music, is a helping of more subdued songs.

Moon Wiring Club — A Spare Tabby at the Cat’s Wedding

This is a delightful slice of electronic music. It is spooky, haunted genius. Fitting neatly into the hauntology scene, it is seriously wronged-up and unlike anything you have heard before.

Amazingly, Mister Moon Wiring Club makes all of this music using MTV Music Generator 2 for the PlayStation 2. This does give the music a slightly templatey sound, with rather odd-sounding beats. But this gives Moon Wiring Club a very strong signature sound that is not replicated by anyone else. It amazes me that music like this is made on a PS2!

In keeping with the confusing nature of the music, the CD and vinyl editions are substantially different to each other. And the second pressing of the CD comes with a different cover.