Autechre — Oversteps and Move of Ten

Autechre really annoy me. They are too good. What I don’t understand is why no-one else is apparently able to make music like this.

Autechre may be perceived as being wilfully difficult. Maybe they are. Almost without fail, the first time you listen to new Autechre material it is impossible to get your head around. It sounds like a mess.

But the music always reveals its majesty after repeat listens. It is the aural equivalent of a magic eye puzzle, only less naff and much more stylish.

‘Intelligent dance music’, the genre of music most often associated with Autechre, has fallen off a cliff for me in recent years. It just isn’t exciting to me in the way it was five or ten years ago.

Sure, there are a few big names that you can depend upon. Those are the Aphex Twins and Boards of Canadas of this world — although releases from these artists become less and less frequent. Once you start searching for new acts beyond them, the quality drops steeply. Most ‘IDM’ these days is disappointingly derivative.

But Autechre still always push the boundaries far beyond what anyone else can even think of. It says a lot when even Autechre’s off albums are still more fascinating than the music of their peers.

Listening to Autechre’s back catalogue is like hearing a pair of audio explorers in search of the pinnacle of electronic music. 2001’s Confield was the culmination of the search. My jaw still drops when I listen to it, and it disappoints me that no-one — not even Autechre — have come remotely close to creating another album as good as this.

2003’s Draft 7.30 was a fine follow-up. But since then new Autechre material has felt like a step below what is possible — even though it was still miles ahead of the rest. 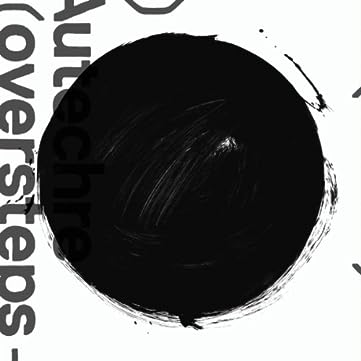 Following the slightly clunky and plodding Untilted, and the sketchy and uncohesive Quaristice, their new album Oversteps marks a return to form for Autechre in my book. In both previous albums, it seemed like Autechre were operating within their comfort zone. Quaristice especially sounded like it was churned out without much thought, turning to styles they had explored in previous albums.

In a reversal of the trend, Oversteps brings us an Autechre we haven’t heard before. Their ability to push things forward like this is what I always admired most about Autechre, which is why for my money their new album is their best since Draft 7.30. (I gather the reaction of many Autechre fans has been more negative, which I think is a shame.)

Autechre have probably not been this melody-focussed since 1994’s Amber. But this does not mean that they have sacrificed any of their uncompromising approach — quite the opposite in fact.

As you would expect, this is music unlike anything you have heard before. It is dense and viscous-sounding, yet also shimmering and liquid. Somehow it all feels right, as though this was the way music was always meant to be.

After just a few weeks of listening to Oversteps, it feels like I have been listening to music like this for years, even though it is totally unique. Much of the album has a pleasingly organic vibe to it, ‘krYlon’ perhaps being the best example.

For me, ‘ilanders’ is as catchy as music gets, even though the beats are particularly unconventional. Another highlight is ‘known(1)’, which is deceptively — perhaps irritatingly — simple at first, before transforming into one of the most mind-bending pieces of the album. In that sense, this is the ‘Surripere’ or ‘Fermium’ of the album.

It’s not all about the melodies though. My favourite part of the album is probably the rip-roaring ‘d-sho qub‘, reminding us that Autechre are making (what might be loosely described as) dance music. 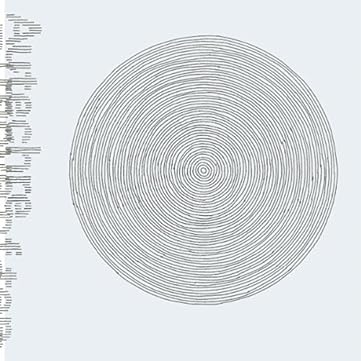 The accompanying EP, Move of Ten is released today. Although it was common in the 1990s for Autechre to release an EP related to each of their albums, that trend had stopped. With Quaristice, they released new ‘versions’ of the album’s tracks. It was a nice idea, almost like a “making of” the album, although by the time the last ones came out it was starting to sound quite repetitive.

Move of Ten sees a refinement of the concept. It reminds me of the 1990s approach where Autechre would remix their own tracks, but with originals being almost unrecognisable. But the relationship with the original tracks is much clearer in many of these tracks — closer to the Quaristice Versions / Quaristice.Quadrange.ep.ae model.

As you might expect, Move of Ten shows us Autechre with their hair down a bit, relative to the ‘serious’ work of an album. Some of the tracks here are very immediate. Autechre have brought the funk, and you can clearly hear the duo’s roots as hip-hop aficionados.

The best example of this is ‘rew(1)’. This track teases you, hinting at an immensely funky basis. But like many of Autechre’s best music, it never fully reveals its full powers, leaving the listeners to fill in the gaps to their own delight.

Move of Ten mixes the best of Autechre’s always-forward-looking approach with nostalgic reminisces of vintage Autechre. ‘nth Dafuseder.b’ in particular sends a chill up my spine as it begins sounding like a lost Autechre recording of 15 years ago. But it brings with it also a jazz vibe with a cold wind blowing through it like the best work of Brothomstates.

I gather that Move of Ten has gone down better than Oversteps among fans in general. For me, it feels more like an EP than an album. It just lacks that extra bit of cohesion that an album should have. But with both releases, Autechre have demonstrated that they are still at the height of their powers, and at the absolute pinnacle of path-finding electronic music.

I just wish that others could step up to the plate and make music as good as this. If not, I hope Autechre are documenting their approaches so that this wonderful approach is never lost.

The Designers Republic back from the dead

The excellent artwork for Oversteps and Move of Ten was designed by The Designers Republic. This marks the rebirth of the firm, which closed down in early 2009. Just another reason why Autechre’s material this year has been great!