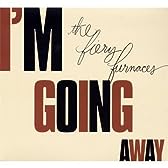 It wouldn’t be an end-of-year music roundup from me without something related to The Fiery Furnaces appearing on the list. And here it is: I’m Going Away. This is probably the lowest they have appeared in my end-of-year list since I discovered them. Not that I’m Going Away is a poor album (otherwise it wouldn’t be in my top ten). But as The Fiery Furnaces have produced more conventional music, I have found them less interesting. Nevertheless, this album has some great tracks, not least ‘Charmaine Champagne’. 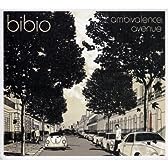 I had not taken much notice of Bibio in the past, but after hearing some clips from Ambivalence Avenue I decided to give it a shot. I was not disappointed. The influence of Boards of Canada is at times painfully obvious. But into the childlike nostalgic sepia-toned mix is thrown more folk-based influences, IDM, hip-hop and funk. And it all feels like it fits well. My favourite track is ‘Haikuesque (When She Laughs)’, even though it clearly owes so much to Boards of Canada.

I could not wait for this to come out, yet at the same time I was apprehensive about the results. Beacons of Ancestorship is Tortoise’s first proper album since 2003’s It’s All Around You. Even that was a bit of a let-down, and the bits of material they have released in the intervening period (*cough* not looking at any particular collaborations with Bonnie ‘Prince’ Billy, you understand) have been poor.

But Beacons of Ancestorship, if not exactly up to the, ahem, Standards of their classic albums, is by no means a let-down. It’s just that you get the sense that nowadays Tortoise operate comfortably within their boundaries, rather than challenging them as they did in the past. What can’t be taken away, however, is the fact that this video for ‘Prepare Your Coffin’ is awesome. 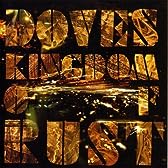 You might rightly think, “Blimey, Doves. That’s that band that gets worse after every album.” Maybe so, but the fact that they do this and yet their latest album, Kingdom of Rust, is still brilliant demonstrates just how good a band Doves are. The first single worried me somewhat as it seemed like Doves by numbers. But it has grown on me, and the reset of the album shows a good development in the band’s sound, with a harder edge in some parts and a krautrocky and electronic vibe in others. The highlight is ’10:03′. 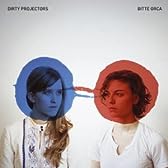 Dirty Projectors is an odd band, because they are one of the very few acts that I have ever managed to see live (when they supported Battles a couple of years ago). As a live act they were pretty impressive — the singing was incredible. When you hear Bitte Orca, it might sound suspiciously like the vocals are not real. But they definitely are.

Dirty Projectors are clearly going places. The band has doubled in size since I saw them, and Bitte Orca has been critically acclaimed. And for good reason. The band has a very distinctive sound and almost every song is good. This is ‘Useful Chamber’. 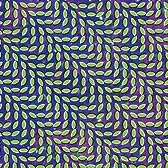 Animal Collective have been the darlings of the music press this year. While they don’t quite justify all of the hype, their album Merriweather Post Pavilion certainly deserves to be recognised as one of the best of the year. They have done a good job of crafting a poppier and more accessible sound while maintaining their experimental roots. This is ‘Summertime Clothes’.

After spending his past few albums apparently trying to make more mainstream albums, Graham Coxon went back to basics with The Spinning Top. It reminds me of his earliest albums, which is no bad thing. There is a wonderfully natural and gentle sound to this album and right from the first listen I knew I was going to love it. Here is the marvellous ‘Brave the Storm’. 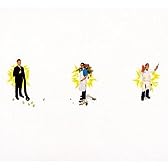 Tyondai Braxton is a pivotal member of the experimental electronic / rock band Battles. I think Battles is just about the best band going right now, and I was hugely looking forward to Tyondai Braxton’s solo effort, Central Market. It was not quite what I was expecting, but I was not disappointed. This is the sound of an artist truly pushing himself and exploring musical areas in a way that musicians should do more often.

Orchestral arrangements, crunching guitar loops, sweeping electronic effects and kazoos are fearlessly mixed together. As with his work with Battles, there are sometimes childish melodies — the sort of thing kids might hum in the playground. It would annoy you if it didn’t work so well. Despite the amazing scope of this album, I have chosen to feature one of the more conventional songs, ‘J. City’, because it is so irresistibly awesome. 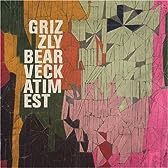 Grizzly Bear is one of those bands that just gets better and better. Each album is an improvement on the last, and I can’t wait to hear what they can create in the future. They have a wonderful natural sound to them, which means that even though they are often described as an experimental rock band, they are nevertheless accessible. They just write great songs. ‘Two Weeks’ is an instant chamber pop classic.

1. Broadcast and The Focus Group — Investigate Witch Cults of the Radio Age

This is a true meeting of minds. Broadcast are already well established as a great band with an interesting take on bringing the past to the present in weird and wonderful ways. The Focus Group is Julian House, who has designed artwork for Broadcast for several years and is now one of the chief figureheads of the ‘hauntology’ genre, as co-founder of the incredible Ghost Box record label.

It has to be said that this album sounds like ten parts The Focus Group to one part Broadcast. (Who knows what Broadcast’s new material will be like? A new album is due in 2010, and perhaps it is heavily influenced by the happening hauntology sound.)

Broadcast and The Focus Group Investigate Witch Cults of the Radio Age presents a wonderful dreamworld collage of sound. Influenced by creepy 1970s B-movies and low-budget science fiction, psychedelia and folk music. Equally childlike and scary, this is the most different-sounding, yet oddly familiar-sounding, release of the year. I am sure that in years to come it will be viewed as the crowning glory of this strange and intriguing new genre. This is ‘I See, So I See So’.