It is the end of the year. I like music. That can only mean one thing: a run-down of the music I have bought this year, arranged into vague order of how much I enjoyed them.

In this twentieth anniversary year of Warp Records, it has been a stonking year for the label in my view. After some pretty disappointing years, 2009 was the year they showed that there is life in the label yet.

This year I also reached further into the past, while continuing to buy contemporary releases. Old soundtracks and music inspired by the past are heavily featured in this list.

Here is part one of my list, spanning from number 20 to number 11.

Links are to Spotify where available. 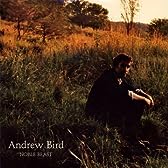 I would not normally have made this purchase. But I decided to experiment with asking for recommendations using Twitter. Noble Beast was the first suggestion I received, and I’m glad I followed it because it is a rather pleasant album. I particularly enjoyed ‘Not a Robot, But a Ghost’. 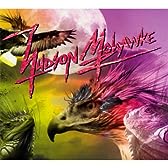 I am not yet sure what I make of Butter. If the garish cover wasn’t enough to put you off, the music is in many ways equally garish. Yet there is something enticing about the sound of this album, which mixes out-there electronic sounds with the pop-funk sensibilities of OutKast. This track, ‘Rising 5‘, is available to download on the Warp Records website. 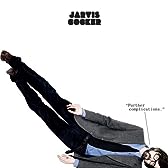 This should have been a fine album by a national treasure. Certainly, Jarvis Cocker’s first solo album was decent enough. As it transpires, though, “Further Complications.” is merely an okay album with some strangely messy-sounding production. It does, however, have a few great moments. I particularly love the closing track, ‘You’re In My Eyes (Discosong)‘. 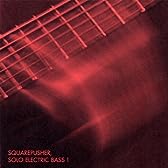 While Squarepusher is best known for being an electronic music maverick, he has become an increasingly notable bass guitar player. At last, this other side of his musical talents has been showcased on a full CD, Solo Electric Bass 1. While it may be a bit too noodly and self-indulgent for some, and there is no doubt that it is a pretty dense listening experience, there are plenty of moments to enjoy and savour. Such as this piece, ‘seb-1.03’. 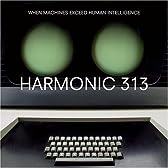 Mark Pritchard transmogrified from his similar-sounding Harmonic 33 to Harmonic 313 with When Machines Exceed Human Intelligence. The projects’ two sounds are radically different, although approached from the same perspective: creating a sound that is heavily influenced by electronic music of the past. Harmonic 33 brought library music to life. Harmonic 313 turns to the dystopian 1980s, with a worry that artificial intelligence will one day become too intelligent and usurp the human race. Here is the closing track, ‘Quadrant 3’. 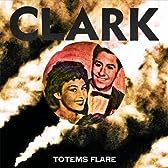 I am still not sure that Clark is fulfilling the potential he promised with the 2001 release of Clarence Park, which I still think is his best album. However, with Totems Flare he has taken yet another step in the right direction. While earlier material was too heavily indebted to other artists, Clark has really begun to carve out his own sound. The major innovation in Totems Flare is the increased use of vocals, as demonstrated on my favourite track on the album, ‘Rainbow Voodoo’.

14. Belbury Poly — From an Ancient Star

Jim Jupp is the celebrated co-founder of the Ghost Box record label, which specialises in releasing a particular type of music (sometimes known as ‘hauntology’) which is heavily influenced by psychedelic and folk music of the 1960s and 1970s, library music, public information films, programmes for schools… with a dark twist. Although I prefer some of the other artists on Ghost Box, Jim Jupp’s Belbury Poly project is still one to keep an eye on. From an Ancient Star represents a progression in the Belbury Poly sound. This is ‘Adventures in a Miniature Landscape’. 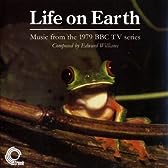 Anyone who has an interest in vintage soundtracks or music for television will adore the soundtrack to Life on Earth, the seminal 1979 nature documentary series. It is beautiful and haunting, with a gentle and entrancing use of electronics. It was released this year after a series of coincidences, beginning with one of the 100 privately-pressed records being found in a charity shop. The quality of the recording is not great, meaning that you have to peer a bit to hear it. But this just adds to its charm.

12. Roj — The Transactional Dharma of Roj 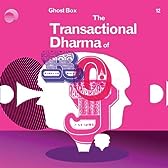 Former Broadcast keyboardist Roj Stevens this year released his début solo album, a masterful foray into the mysterious. Roj has created a curious and slightly creepy album — just as you would expect from a Ghost Box release. Imagine eastern spiritual vibes being interrupted by imaginary transmissions from fictitious Soviet stations. 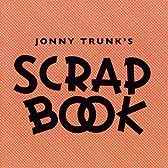 Jonny Trunk, of the eponymous record label that specialises in “music, nostalgia and sex”, this year released a collection of snippets of music that he has worked on in his spare time. Purposefully, it has not been carefully packaged. It is called Scrapbook for that reason. The tracks retain their working titles, and are sequenced in alphabetical order. But despite the apparently slapdash nature of the release, there is something magical and charming about this album. Just as you would expect from Jonny Trunk, it is equal parts nostalgia, humour and brilliance. One highlight that encapsulates this is ‘Hawks‘.