Warp Records celebrated its twentieth anniversary this year with an extravagant box set, Warp20 (Box Set). Measuring in at 10 inches × 10 inches × 3 inches, it truly is a thing of beauty. Packed in there are five CDs and five 10 inch records, full of Warp goodness old and new.

It was not cheap either, so was only for the most fanatic of Warp followers. Luckily for Warp, there are plenty of fanatical followers — myself included. 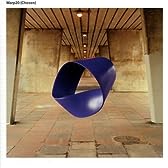 Also released separately as a 2CD album on its own, Warp20 (Chosen) is designed to be a collection of the best of the first twenty years of Warp Records.

The first ten tracks, making up disc one, were chosen by voters on the internet. As such, the top ten is sadly predictable. You really could have forecast in advance the inclusion of the likes of ‘Windowlicker’, ‘Roygbiv’ and ‘My Red Hot Car’ in the top three.

The inclusion of most of these tracks was surely never in doubt. Certainly, the top eight are bona fide Warp classics (I am not so sure about Jimmy Edgar’s ‘I Wanna Be Your STD’ or Clark’s ‘Herzog’, but I can understand their inclusion). There is also a noticeable skew towards the late 1990s / early 2000s. Only one track, LFO’s ‘LFO (Leeds Warehouse Mix)’, is from before 1998.

It is clear that the current fans of Warp Records — at least those who voted in the internet poll — are a bit like me. They were not around for the birth of the label, and cling on to the late 1990s IDM explosion as Warp’s classic sound. I think this is Warp’s best period too, but I would have preferred a greater variety in the first disc.

Luckily, the second disc is on hand to provide some of that variety. Label boss and co-founder Steve Beckett chose a further fourteen tracks which make up disc two. While all the usual suspects are again present and correct (giving the likes of Aphex Twin, Boards of Canada and Autechre two appearances on the compilation), other periods and genres are given rightful recognition.

Ultimately, though, while there are a couple of gems here that I didn’t previously own, Warp20 (Chosen) is a bit redundant for me, and no doubt for almost everyone else who bought this box set. If you are such a great fan of Warp that you are going to shell out eighty quid or so, you almost certainly need no such overview to the label.

Perhaps of more value is the fold-out poster of comments posted by the internet users who placed their votes, providing (relatively) qualitative information to accompany the raw top ten. 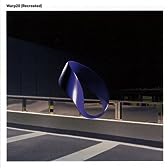 But with a more diverse range of artists on its roster, and plenty of artists with a different set of skills, it seems as though it makes more sense to ask artists to do covers rather than remixes. The results are pleasingly wonderful. Clearly, when you take maverick musical geniuses and ask them to take on the works of other maverick musical geniuses, the results are going to be deliciously skewed and entertaining.

The album opens with Born Ruffians covering Aphex Twin’s classic humorous tracks from the mid-1990s, ‘Milkman’ and ‘To Cure a Weakling Child’. The band’s stripped down approach works surprisingly well. The vocals are shouted out as though from the rooftops, rather than being distorted by electronic effects, adding to the comedy effect.

Another surprise highlight is Maxïmo Park’s take on ‘When’, originally by Vincent Gallo. This is a wonderful piece of dark synth-pop. Hopefully it signals a new direction for Maxïmo Park, whose sound has otherwise become stale.

Meanwhile, Jamie Lidell’s version of Grizzly Bear’s ‘Little Brother’ is just as beautiful and organic as the original. It is another instance of an artist revealing something otherwise unheard in his audio arsenal.

But the real highlight of the album is ‘Phylactery’ by John Callaghan, which is based on Autechre’s ‘Tilapia’. This transforms one of the first signposts of Autechre’s foray into increasingly unique and obscure electronics into a wonderfully wonky pop song.

One instance where a remix may have been a better idea is when Luke Vibert tackled ‘LFO’. The results are actually rather good — undoubtedly a Luke Vibert take on a classic Warp track. But it certainly lacks the punch of the original. This makes it a slightly trudging, though intriguing, listen.

Overall, though, Warp20 (Recreated) is a marvellous document. It reveals sides to Warp artists that hadn’t been revealed before. It’s like peering into the fourth dimension of an already-extraordinary label. This disc contains an hour-long mix of 65 Warp tracks, created by remix maestro Osymyso. A similar mix, by Buddy Peace and Zilla, was released five years ago along with the WarpVision DVD. Although Osymyso had five years’ worth of extra material to work with, I am less fond of his effort. Nonetheless, the creativity involved in creating such a mix, containing a diverse array of Warp music from the past twenty years, still astounds me. 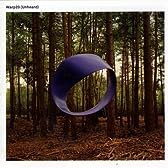 Moving on to the vinyl in the box set, we have three ten inch records made up of eleven previously (sort of) unheard tracks. Incidentally, these are smartly presented with a minimalist design and debossed text.

The selection kicks off with Boards of Canada’s immersive ‘Seven Forty Seven’. This is not, strictly speaking, unheard. It was originally featured in an interactive Boards of Canada website several years ago. But it is the first time it has been presented as a track itself. It is so good that I can’t work out why it hasn’t been released before.

This is followed up by the equally exciting ‘Oval Moon (IBC mx)’ by Autechre. Named after IBC, the Manchester-based pirate radio station through which Autechre first made their name, this is real old school stuff. Having been produced in 1991, it is almost as old as the Warp label itself! And it’s excellent.

After these two stonkers, the rest of the collection does not quite stand up to the same level. But it is still a good listen. Fair efforts from Clark, Plaid and Flying Lotus are included, along with classic unreleased material from Elektroids and Nightmares on Wax.

Meanwhile, the plodding and uneventful ‘Sixty Forty’, originally from a 2003 Peel Session, is probably the most disappointing Broadcast song I have ever heard. The collection is rounded off with ‘As Link’, a new Seefeel track, whetting appetites for their rumoured comeback. Musically, the box set is rounded off with a couple of records made up entirely of locked grooves. There are fifty loops in total, plundered from Warp’s back catalogue. It is an interesting experience to experiment with them for a bit, but probably of limited use to anyone who is not a DJ. The final item in the box is a large book that documents the artwork for every release on the Warp label. It is interesting to leaf through and assess how the label progressed over the years, and recall the memories of hearing all of this wonderful music for the first time.

Warp Records is almost as well known for its strong visual identity as for its music. There is some fantastic artwork in the Warp catalogue. While this book is not at all the best way to appreciate the artwork, it does serve as an excellent historical document cataloguing Warp’s classic covers.