This is the fourth group Warp albums that I am looking at, celebrating 20 years of the seminal record label. To read the other parts of this series, check out the table of contents on the right. 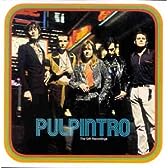 Surprised? Not many people know that Pulp were given a substantial leg-up by the people behind Warp Records. In fairness, Intro technically isn’t a Warp album. It was released by Island, but is a compilation of the EPs and singles that were released on Gift Records, a spin-off of Warp.

Today, Warp would have no qualms about releasing music by a band like Pulp. But this was way back in 1992, before the “sacrilege” of releasing guitar bands was ever considered by Warp. It didn’t fit, but they wanted to help out their fellow Sheffielders.

Jarvis Cocker had already directed a couple of videos for Warp, and Pulp were stuck in a record deal that wouldn’t work for them. So Gift Records was set up to help Pulp on their way to becoming household names. Gift did release music by other indie bands, but none nearly as notable as Pulp. In the words of Steve Beckett, once Pulp signed to Island, “there really wasn’t any reason to keep [Gift] going.”

Intro is of rather variable quality — not as good as their later albums, but clearly much more accomplished than their previous albums. Indeed, the reason the album was called Intro was to obfuscate the existence of the earlier material.

Signing Pulp was a masterstroke on the part of Warp. Given the band’s past record, as a patchy art school-style rock band which had been around for far too long without notable success, other record companies wouldn’t touch Pulp with a bargepole. But Warp / Gift caught them when they were on the upturn, ready to become one of the best bands of the 1990s.

While parts of Intro lack polish, it also contains some of the band’s strongest material including ‘Babies’, arguably their best song. 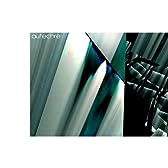 Electronic music peaked here. Everything since has been a disappointment. I think this album an extraordinary achievement.

In one sense, Confield may look like a natural progression of Autechre’s sound. They had spent the late 1990s gradually moving away from the ambient and more club-friendly sound of their early days, choosing to become increasingly esoteric and experimental. But even against that backdrop, Confield was a massive leap. It also stands out from their subsequent material, which has been slightly more accessible.

For this reason Confield was, and in many ways still is, a controversial album. When people talk about Warp artists being wilfully difficult, they probably have a album precisely like Confield in mind. I won’t pretend that I found this an easy album to get into. Anything but.

However, I am mighty glad I persevered with it. What at first sounds like an overly complex, jumbled mess eventually starts to make perfect sense after a few listens. Moreover, the music is so full of intricacy and detail, ensuring that the album is a fascinating listen. Even today I will spot new little details that I had never heard before.

Autechre’s music is highly unconventional, yet it somehow all makes perfect sense. For this reason, Autechre have probably done more than almost anything else to change the way I think about music.

At first glance, Confield is a very serious-sounding album; quite chin-strokey. The opening track ‘VI Scose Poise’ is particularly detatched-sounding. But this album is not without its fun moments.

Autechre’s heavy hip-hop influence is fully in evidence in ‘Pen Expers’. This track which begins with a very dense rhythmic cacophony, which gradually — almost invisibly, as though it is the audio equivalent of a Magic Eye puzzle — makes way for an intense, triumphant melody.

My highlight, though, is ‘Cfern’. It sounds like a fantasy jazz piece from 200 years in the future. I think I particularly like this track because it almost sounds like it could be performed live. I was delighted to find out recently that the avant-garde ensemble Alarm Will Sound has recently released a live version of the piece. It sounds absolutely remarkable. I have embedded the original version below. 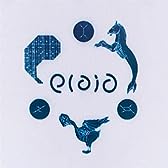 For me, Plaid have a tendency to be formulaic. That is not in the sense that their music is similar to other people’s, but that they seem to have a set template which they work around. They sort of get away with it though, because even though their music often sounds strangely similar to older tracks of theirs, it is still good.

But Double Figure doesn’t have that sense around it. I don’t think to myself, “hmm, I’ve heard that before.” In fairness, maybe it’s because this was the first Plaid album I bought.

But I continue to get immense pleasure from listening to it. It starts off with the poignant track ‘Eyen’, which is arguably their best (and was featured in the Warp20 compilation). It sets a high bar for the rest of the album to reach, but it manages it. Plaid’s style — ambient-techno with a rather natural, almost tropical vibe — is unique and engaging, and it has never sounded stronger than on Double Figure.

It was during this period that they began collaborating with visual artist Bob Jaroc, with whom they later made the DVD release Greedy Baby. This is the video for the Double Figure track ‘New Family’: 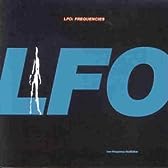 I am slightly too young to remember Frequencies and the hit single ‘LFO’ when they were originally released. But it has gone down in history, and is frequently listed among the highlights of Warp’s 20 years, making it impossible for me to ignore.

Electronic music usually dates extraordinarily badly. But even though ‘LFO’ was released in 1990, it is still immensely exciting to listen to today, as is the rest of the album. It’s great to think that, once upon a time, this sort of music could be a massive hit. When it reached number 12 in the UK singles chart, Steve Wright declared it to be “the worst record ever”.

In that case you might say, mission accomplished. But LFO’s Mark Bell, while not being particularly prolific under the LFO moniker (there have only been two LFO albums since Frequencies), has gone on to become a well-regarded producer, regularly working with Björk.