The third part of my five-part series looking at 20 interesting albums from the 20 year history of Warp Records. To read other parts of the series, please check the table of contents to the right. 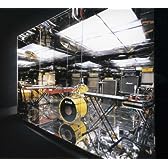 Battles are redefining what rock music is. They are pushing the envelope in the same way bands like Tortoise were doing ten or twenty years ago. In fact, I see Battles as the successors to Tortoise at the forefront of mind-bending rock music, filling a gap which was left after Tortoise settled down.

The music on Mirrored is unlike almost anything you’ll hear anywhere else. But the studio output is not even the most impressive thing about Battles. By now all listeners to contemporary music are well used to the technical wizardry that can be found in almost any song.

The amazing thing about Battles, though, is the way they use technology to manipulate their performing in real time when they’re playing live (see, for instance, their performance of ‘Atlas’ on Later with Jools Holland). Their performances are the greatest partnership of man and machine, with a dazzling array of black boxes and gizmos festooned with an army of cables. They have plenty of interesting and unique ways of making sounds.

It is as though they decided to make it all as difficult as possible. But the band is well capable. They are clearly performing on the edge — a small amount away from being a total disaster. But the talent — most notably the experimental maverick Tyondai Braxton, and the intricate and precise drummer John Stainer — is there to keep everything under control.

Strangely, the highlight of Mirrored is the one song they don’t seem to play live, ‘Rainbow’: 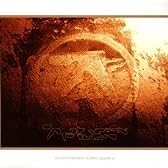 Aphex Twin is probably the Warp artist who needs an introduction the least. Indeed, to an extent, he has defined the label. His first Warp album as Aphex Twin, Selected Ambient Works II, is probably his best.

It certainly stands out from the others in terms of style, with little emphasis on beats and little evidence of the humour that would be present in his later material. Mind you, some people may think he is pulling the listener’s leg with these long-winded and repetitive tracks. I have to confess that I found it a challenging listen at first.

But the fact is that these are beautiful pieces of music, both light and dark. The album is so strong that it probably defines the idea of what ambient music is as much as any Brian Eno album does. It certainly is not mere background music. The emotional intensity ensures that the music is engaging and stands the test of time.

The album is so long that not all of it fits on two CDs, meaning that only those who purchased the vinyl edition have the full version. The US version of the CD also lacks a further track, ‘Hankie’. Whoever owns the rights in the USA seemingly has YouTube under the thumb, so this is the one track that I can actually embed here. 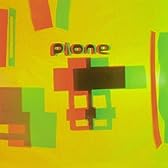 This is a strange one. At first I didn’t like it much, but after a while I began to appreciate its charm. There is a similarity with fellow Birmingham bands Pram and Broadcast, with its fixation on quaint and old-sounding synths and retro electronic music.

For Beginner Piano has a bit of a Jekyll and Hyde thing about it. In parts, it has a particularly childlike vibe to it. But it is also quite a dark album, aided by the use of slightly creepy-sounding electronic effects. The mixture of childlike and dark is quite a disturbing juxtaposition which is probably what prevented me from taking it too seriously when I first heard it.

However, as time has gone on I have come to really appreciate it as a charming piece of electronic music. It is easy to see why it has become a cult favourite over the years, even providing the inspiration for the open-source Content Management System Plone.

But while For Beginner Piano has become a fan favourite, Plone has also been at the centre of one of the most controversial points of Warp’s history. It is said that Warp refused to release Plone’s second album, with little in the way of explanation. Something purporting to be the lost Plone album has since been leaked. But Plone is no longer a going concern.

Here is one of the more childlike tracks, ‘Plock’: 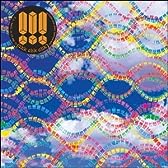 Never let it be said that Warp is not a label that likes making things difficult. Here is a band with a name that is difficult to pronounce (though ‘chk chk chk’ has become popular) and impossible to find in a record shop (in the A-Z, where does ‘!’ go?). Yet despite this clear act of obfuscation, !!! are in fact one of the most musically accessible bands on the label.

The music is an infectious form of electronic funky rock, forging the sensibilities of punk and dance music. As an eight-piece band, !!! produce a very dense sound which fascinates.

Truth be told, I find much of !!!’s output only a little above average. But I have fallen in love with certain songs of theirs, most notably ‘Me and Giuliani Down by the School Yard (A True Story)’, a high-velocity, varied and downright fun piece of music: