Continuing my look at 20 Warp albums from Warp’s 20 years. For other articles in this series, please see the table of contents to the right. Albums are presented in randomised order.

Broadcast — The Noise Made by People 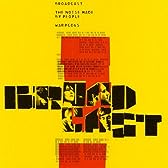 This was the first Warp album I ever bought, and it remains a favourite of mine to this day. Broadcast’s music is heavily steeped in 1960s influence, and comparisons with Stereolab are commonplace (and not inaccurate). But they sound anything but derivative.

The Noise Made by People has a dark and slightly creepy aesthetic. Most of the album creeps along at a rather slow pace. Then there are Trish Keenan’s almost robotic vocals. The music itself — largely based on 1960s-style electronic instruments — could almost be transmitted directly from that decade, complete with unsettling background noise.

Put together, this all gives the music a rather otherworldly vibe. It is as though you are listening to a ghostly music that has been trapped in the airwaves since the 1960s and has only just escaped.

Funnily enough, the real life story of the recording of this album is similar to the picture I have just described. It is said that Broadcast struggled with the recording of the album, and it took three years to make. Perhaps this is another reason why it sounds clinical, though it’s all the more captivating for it.

Since The Noise Made by People, Broadcast have reduced in size to become just the core duo of Trish Keenan and James Cargill. In turn, the music has become less dense and more raw, and has lost the otherworldly qualities of their earlier material. Although Broadcast is still a good band, I feel that they were definitely at their peak with this album.

This video for ‘Come On Let’s Go’ captures the aesthetic of the album really well: 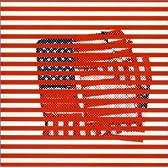 Many feel that Tortoise were at their strongest in the 1990s. I did not discover them until 2001, so maybe I am biased in that sense. But I think that the band was at the height of its creative powers with Standards.

Quite simply, it was one of the most unique-sounding albums I had ever heard and remains one of my favourite listens to this day. The effortless fusion of punchy rock, cutting-edge electronic music, multi-layered drumming and jazz makes this an extraordinarily bold album that captivates you from start to finish.

If ever there was an album that was definitively not just ‘going through the motions’, it is surely Standards — despite its title. This record documents Tortoise standing on the very edge of what is possible with rock music. I find it impossible to become bored of this album. There is so much going on in so many layers.

Each instrument would be fascinating to listen to on its own (this was proved when the rhythm section of Tortoise released an album of drums and little else called Bumps). Each band member is doing his own thing. And yet, everything here makes a perfect fit.

Nothing Tortoise have produced since then has come close to reaching the standard of Standards. But then again, few albums by any bad do.

This is the video for the attention-grabbing album opener, ‘Seneca’: 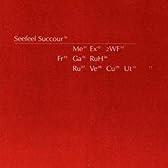 I only discovered this album a few years ago — probably over a decade after it was originally released. But I am glad I opted to buy it. The music is from the place where ambient, shoegaze, indie and techno all converge. The allure of Seefeel comes from its mixture of ambient-style drones and textures, techno-influenced minimalist drums and guitars, and the dreamy, processed vocals of singer Sarah Peacock.

Although superficially it feels like a pure techno / IDM album, the use of guitars and live drums was unusual for a Warp release at that time. This is what led Steve Beckett to recently single it out as “the first sacreligious move”.

Musically, Succour is a fabulous success. But if you thought this was the evidence that guitars could happily sit in a techno environment, think again. Apparently due to Mark Clifford’s efforts to push the band in a more electronic direction, the old artistic differences emerged and the band only lasted a few years after the release of Succour.

In a way, I feel as though I have missed out by not experiencing this music when it was first released. It must have been so incredibly exciting, at the cutting edge, when it was released. It would be interesting to hear what this band would come up with today.

Incredibly, Seefeel have recently re-formed. Initially this was for a one-off gig as part of the Warp20 celebrations. But there are now hints that Seefeel have also been in the studio. I can’t wait to hear any results that might come out of this. 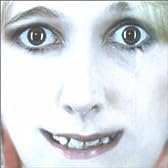 Chris Morris, as one of Britain’s most influential satirists, probably needs little introduction. But few may immediately associate him with Warp Records. But Warp has been the outlet for a lot of his material, including the CD releases of the radio series On the Hour and his Bafta-winning short film My Wrongs #8245-8249 & 117 among other bits and pieces. Warp Films is also backing his current project, Four Lions.

But his first CD on Warp was a compilation of sketches from his experimental radio programme, Blue Jam (which was later turned into the television series Jam). This was a dark comedy, equal parts disturbing and funny. Unusually, the sketches were surrounded by a constant backdrop of ambient music (much of which was originally released on Warp) from the likes of Aphex Twin. Perhaps even more unusually, the show was originally broadcast on Radio 1. It inhabited a late-night slot which fitted with the programme’s surreal, woozy and nightmarish style.

The series contained a mixture of music and comedy; of the surreal and the disturbing; of sketches and monologues. Most of it was a world away from his previous material, though from time to time Morris would drop in one of his infamous interviews. Here, he flummoxes posthumous Diana biographer Andrew Morton.