This is the first part of a series in which I will take a brief look at 20 albums from the first 20 years of Warp Records. These are not my 20 favourite Warp albums, or the 20 best Warp albums. But they are 20 of the most interesting — a showcase of the breadth and depth of Warp’s output. They are presented in a randomised order. 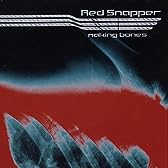 Red Snapper stuck out like a sore thumb on Warp’s roster in the 1990s. While the label was still most famous for its studio-based techno output, Red Snapper are are live-oriented band with a more organic sound. But conventional they are not. Their sound is a heady mix of smoky jazz, funky dance and edgy hip-hop. Although they could be associated with the 1990s trip-hop trend, their music does not sound as dated as some of their contemporaries’.

Making Bones is a thrilling album. From the very first notes — the beefy and wobbly output of Ali Friend’s double bass — you are sucked in. There are high octane tracks like ‘Crease’ and ‘The Tunnel’, the cheeky and playful ‘Bogeyman’, and the more emotional ‘4 Dead Monks’.

Red Snapper produced another strong album, Our Aim is to Satisfy Red Snapper, before splitting up in 2002. Happily, last year they re-formed and have already released an EP. They still sound as exciting as they used to.

This video is for one of the singles from Making Bones, ‘Image of You’. 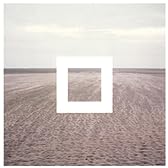 Claro was one of the very first IDM albums I bought, and to this day it remains one of my very favourites. He recognises that interesting techno music is not just about making it a bit glitchy-sounding or giving it a funny time signature. There are interesting and unusual sounds and complex drumbeats. But it is still very firmly a dance album, very much in the groove.

Although the experimental rhythms and sounds are very exciting, it is the melodic basis of the music that makes Claro so special. The floaty, ambient, slow-moving melodies sound as though they are being carried by an icy wind. Coupled with what some might consider to be the clinical rhythms, this gives the album quite a wintry feel. This wintry vibe is reflected on the album’s cover, which depicts a rather cold-looking beach. It could as well be my local beach in Kirkcaldy for all I know.

But I call this album wintry, not cold. It is certainly not cold in the sense of emotionless. In fact, the album is packed full of emotion. An album true to the promise of Warp’s Artificial Intelligence project, which posited that electronic by no means lacks feeling.

It is cheesy and clichéd to compare other IDM artists to Autechre. But I will do it. I think Claro, and its accompanying EP Qtio, is the closest anyone has come to matching the sheer awesomeness of Autechre’s best output. For me, the greatest shame is that Brothomstates, real name Lassi Nikko, does not appear to be interested in extending his legacy. Claro was released in 2001, but he has not released another album since, only popping up with the one-off ‘Rktic’ single and a solitary split EP with Blamstrain.

Here is a fan-made video for ‘Kava’: 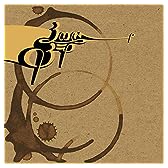 Technically, this isn’t a Warp album. It was released on Warp’s spin-off hip-hop label, Lex Records (which is now independent of Warp). Seed to Sun was one of the label’s first releases, and arguably remains one of its best.

It presented a fresh, experimental perspective on hip-hop. Boom Bip emerged at the same sort of time as cLOUDDEAD and the Anticon phenomenon, and with a similar outlook. The music is a thrilling fusion of hip-hop, electronic music and alternative rock.

The artwork is fantastic. Like Warp, Lex has a very distinctive visual identity. But while Warp’s was largely shaped by The Designers Republic, Lex opted for the distinctive style of EH Question Mark. All I can say is, this album has the best barcode ever.

This is a collaboration with Dose One, ‘Mannequin Hand Trapdoor I Reminder’: 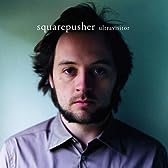 I was always a little bit iffy about Squarepusher. I wasn’t sure whether I liked him or not. But then Ultravisitor came out, and there was simply no getting away from the fact that Tom Jenkinson is the real deal; a true genius.

Squarepusher’s multi-talent genre-spanning skills were already well known. He has produced excellent albums covering a wide territory. Madcap drum and bass heavily influenced by jazz. Virtuoso bass guitar playing and drumming in addition to his electronic production skills. Then, with Go Plastic, a brief flash of an incredible vision of the a darkly experimental garage music of the future (a precursor to dubstep?).

With Ultravisitor, he moved up a notch by combining all of his skills in all of these genres in one massive album. What Ultravisitor exhibits which his previous albums did not is a heavy prog influence, something which has remained in all of Squarepusher’s subsequent albums.

Something else which makes this album special is the fact that is merges live performances (you can clearly hear the crowd in some tracks) with his studio-based work. This brings the listener into a strange dimension, combining the rawness and intensity of the live performance with the depth and intricacy of the studio output. It is an unusual technique, but strangely it is not unsettling and somehow makes perfect sense. It certainly gives Ultravisitor a unique ambience.

You can hear all of these elements on this incredible track, ‘Tetra-Sync’, probably the best track Squarepusher has made to date.