This is more or less what you would expect from Stereolab. Fantastically jaunty and slightly idiosyncratic pop songs. This is hardly Stereolab’s best album (and I say that as someone who has only heard three of them), but it is a joy nonetheless.

9. David Byrne and Brian Eno — Everything That Happens Will Happen Today

This pair produced one of the most important and experimental albums of recent decades. But My Life in the Bush of Ghosts was over 25 years ago, and this was the first time they had worked together since. There was no point in expecting the same again, and what we have here is an album of fairly conventional — though diverse — pop songs. It seems as though Brian Eno’s mission in life just now is to make good songs (which have good lyrics). There are some great songs here (I particularly like ‘I Feel My Stuff’), but it ain’t a world changer.

Boom Bip and Gruff Rhys built on their earlier collaborations to create this most unlikely of concept albums. It is based on the life of John DeLorean, creator of the DeLorean car which was clad in stainless steel. The music revels in the 1980s concept, and the slightly off-the-wall idea behind the album belies a clear genuine love of indulgent 1980s synth-pop. A great listen.

A great look back at the legacy of the BBC Radiophonic Workshop, the hugely influential electronic music department. This 2CD set compiles music from the entire 40 year life of the Workshop. The first CD is absolutely charming, and my jaw drops thinking about how much effort was put into these early electronic masterpieces. The later music is not so special — ironically as the technology got better it only opened up a world of identikit sounds. This is not enough to spoil the CD as a whole though.

6. The Advisory Circle — Other Channels

I just adore this album, which faithfully recreates vintage electronic music of the sort we were all exposed to in our youth. Be transported to two or three decades back. Television idents, programmes for schools, public information films, library music… dare I say the Radiophonic Workshop? But all with more than a smidgen of creepiness and uneasiness built in. It’s Boards of Canada+. If that’s your sort of thing this really is an essential purchase. Don’t listen to it at night though.

John Baker was one of the most important members of the BBC Radiophonic Workshop. This pair of CDs unearthed a load of hidden gems from his career that may otherwise have ended up in a skip. Volume 1 documents his work at the BBC, with lots of great bits and pieces like news jingles, theme tunes and little bits for educational programmes (I love the song about not being taken in by slick salesmen). Volume 2 focuses on his commercial work and private recordings of his jazz piano playing. There are notes on each of the tracks, an in-depth biography written by his brother, Richard Anthony Baker, and a recording of the Radio 5 Live obituary broadcast also by Richard Anthony Baker.

Tom Jenkinson expanded on the more live sound he has developed since Ultravisitor by producing this concept album inspired by a fantasy futuristic band from his daydreams. It’s a good device that allows him to become quite indulgent with his use of experimental electronic techniques, while also exhibiting his über bass and drumming skills. At the same time there are gloriously poppy songs like the irresistible ‘A Real Woman’.

In-depth review of Just A Souvenir 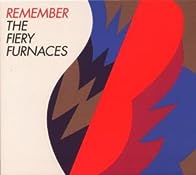 The Fiery Furnaces don’t know how to do anything the conventional way, and they even found a way to completely change the way you can think of a live album. The recordings are pieced together from a variety of different concerts. And it’s not just different songs from different recordings. Different recordings of the same song are spliced together, mercilessly interrupting itself in the middle, complete with jarring changes in sound quality. It is not as annoying as you might think. Along with the fact that the live versions of songs are often radically different to the original studio recording, this is sure not to be a wasted purchase. 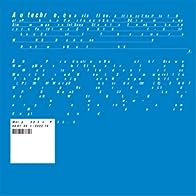 Autechre seldom fail to surprise. The often imitated but never bettered duo specialise in altering your perception of what music can be. With Quaristice they pushed on with their particular brand of pathbreaking electronic music. But it lacks the coherence of previous albums, jumping about in style and mood from track to track while previous albums had a well defined sound of their own. Instead of the eight or nine long tracks, Quaristice has 20 tracks more typically three or four minutes long. I originally felt that it was a weak album, but now whenever I listen to it I find myself completely loving it. Even a disappointing Autechre album is head and shoulders above what anyone else produces.

Quaristice (Versions), the extra CD that came with the limited edition version, is shaped more like a traditional Autechre album, but the music itself is more of the same — literally. Longer cuts give these tracks more room to breathe, making it a perfectly pleasurable listen, even if it did begin to feel like you were paying for the same music several times over (especially if you bought Quaristice.Quadrange.ep.ae, which I reviewed in the earlier post). 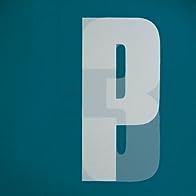 Hands up who expected this album to be crap? An 11 year gestation period did not bode well. But the end result is in fact excellent. Actually, I could hardly believe what a good job Portishead had done. Clearly having made a conscious decision to avoid the Portishead trademarks which turned into trip hop clichés, the band have set themselves a subtly new direction and have pulled it off magnificently. There is still that slightly dark and black-and-white sound. But now there is a rather more live feel to the music, albeit with more of an emphasis on jaggy and sometimes slightly unsettling electronic sounds. And the songs are absolutely top-notch. I hope it isn’t 11 years until the next Portishead album.