One of the Radiophonic Workshop’s most famous composers, Delia Derbyshire, left in the early 1970s partly in dismay at the increasing popularity of synthesisers. Disillusioned with the state of electronic music, she soon stopped composing music altogether, only returning to the scene briefly for a couple of years just before her death in 2001.

In recent times, Delia Derbyshire has probably attracted more attention than any other Radiophonic Workshop composer. But during her life it can’t have felt like that. One story often told is that of her application to work as an engineer at Decca, only to be rejected because Decca did not employ women in their studios.

Meanwhile, she received no official credit for realising perhaps the most famous piece of electronic music in the world, the Doctor Who theme tune. It was her job to convert Ron Grainer’s ideas into an electronic composition, and the result stunned Grainer so much that he insisted that Derbyshire share the credit. The BBC wouldn’t allow it.

But while recognition of her talent largely deserted her during her life, today people are well aware of her important contributions to the development of electronic music. There is a near obsessive clamour for any Delia Derbyshire material that can be unearthed.

Earlier this year a library record called Electrosonic was reissued on CD. Along with Li De la Russe (the pseudonym sometimes used by Delia Derbyshire outside of her BBC work), music on the record was also composed Nikki St. George (fellow Radiophonic Workshop composer Brian Hodgson) and Don Harper — not that you’d know it from most references to the album that I have come across. All retailers are listing it as being by Delia Derbyshire. Quibble aside though, there are some real gems on this album, with my favourite track being the delightfully eccentric ‘The Wizard’s Laboratory’.

Tantalisingly, it was revealed this year that 267 tapes from Delia Derbyshire’s attic have been unearthed. There is a promise to “make the archive available to everyone who wants to hear it”.

Appetites have been whetted by the publication on the BBC website of some of the unearthed recordings. Among them is a spellbinding piece of music that sounds quite like a contemporary experimental techno track. Orbital’s Paul Hartnoll noted, “That could be coming out next week on Warp Records.” Amazing for a recording that is almost certainly around forty years old. Nonetheless, Delia Derbyshire comes across as dismissive on the recording itself, saying, “forget about this — it’s for interest only.” 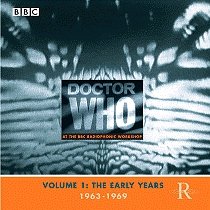 Meanwhile, a couple of CDs of music from Doctor Who were re-released this year. Delia Derbyshire, of course, provided the theme tune(s), though little in the way of effects or incidental music. Most of that was provided by Brian Hodgson, whose works make up the bulk of Doctor Who at the BBC Radiophonic Workshop: Volume 1: The Early Years 1963-1969. For the most part, this disc is less musical, though no less enjoyable for it.

On Volume 2: New Beginnings 1970-1980, the centrepiece is the series of music created by Malcolm Clarke on the “Delaware” synthesiser in which he specialised. This was the first time the Radiophonic Workshop “officially” created music for the series. The result is quite extraordinary — a set of stabbing, piercing, esoteric electronics that sound like the output of someone working in an extra dimension. It’s all the more amazing considering how weedy the Delaware version of the Doctor Who theme sounds. 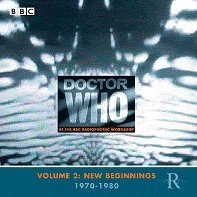 The sleevenotes describe it as “undoubtedly some of the most uncompromising electronic music ever to feature in mainstream popular entertainment.” It is certainly hard to imagine today’s Doctor Who featuring such adventurous music.

The album is completed by the inclusion of Peter Howell’s 1980 version of the Doctor Who theme — a nod to a new era that is more fully examined in volumes 3 and 4 (not yet re-released). Of all the tweaks and alternate versions of the legendary theme, Howell’s is probably the most successful with the exception of Delia Derbyshire’s original. 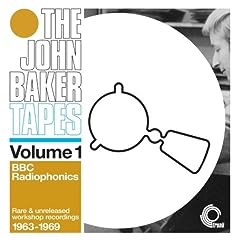 But among my favourite Radiophonic Workshop-related treats released this year were two CDs comprised of music by John Baker. His brother, the broadcaster Richard Anthony Baker, owned several reels of tapes containing rare John Baker music going back as far as the 1960s. Fearing that these historical tapes would otherwise have been consigned to the dustbin, Richard Baker passed the tapes on so that they could be painstakingly restored. The two volumes of The John Baker Tapes were released on Trunk Records this year.

John Baker was in fact trained as a jazz musician, but ended up in the BBC Radiophonic Workshop as a result of his interest in tape effects. In the words of Radiophonic Workshop archivist Mark Ayres, he could “make musique concrète swing”. A couple of common themes to his music is the twanging sound of a ruler being transformed into some exotic kind of guitar, and inventive uses of glass bottles.

Working there from 1963 until 1974, John Baker became one of the Workshop’s most prolific composers. But in addition to his work for the BBC, he earned about three times as much making music for commercials and suchlike. All the while he was using complex tape manipulation techniques, the main avenue of electronic music exploration prior to the widespread availability of the synthesiser.

The workload began to take its toll, and John Baker became dependent on alcohol. The BBC persevered with him for a few years, but he was eventually dismissed in 1974, partly because his music had also become weirder and less popular. Like Delia Derbyshire, he made very little music after leaving the Radiophonic Workshop. 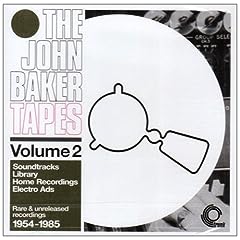 Volume 1 of The John Baker Tapes focuses on his work for the Radiophonic Workshop, while volume 2 contains his other work. In addition to his delightful music, there are some wonderful behind-the-scenes gems. You hear John Baker describing the process behind how he made two of his pieces. Volume 2 is peppered with strange electronic experiments that were done at home, along with some wonderful recordings of his jazz piano playing.

The disc concludes with his obituary as broadcast by Richard Anthony Baker on BBC Radio 5 Live’s Brief Lives. More touching, though, is the obituary he wrote for the sleevenotes, which you can also read online. The CDs also come with rare photographs of John Baker and notes for each track. The CDs are both exquisitely packaged, with a beautiful 1960s-influenced design.

One CD I’m waiting to get my hands on is Oramics, a collection of music by the pioneering co-founder of the Radiophonic Workshop, Daphne Oram. I can hardly wait to hear it.

I also got a lot of the information contained in these two posts from an edition of the Stuart Maconie’s Freak Zone podcast, ‘FreakZone: 26/10/08 The Radiophonic Workshop Special’. It’s not available from the BBC any more, but if you can find it elsewhere I highly recommend it.