I was beginning to lose my faith in Sigur Rós a bit. Takk… was a pretty good album, but lacked the oceanic beauty of Ágætis Byrjun, the novelty of ( ) and the experimentation of Von and Ba Ba Ti Ki Di Do. The most recent EP, Sæglópur, contained the most boring output I have ever heard Sigur Rós release. 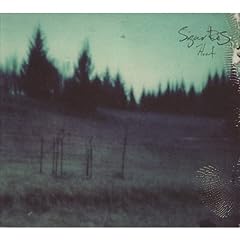 So I was not expecting too much from their latest release, Hvarf / Heim, a double CD. The Hvarf CD contains “new electric recordings”, although really it seems to be old leftover songs that never made it to an album.

‘Salka’ is nothing particularly special. ‘Í Gær’, meanwhile, sounds like it was specifically designed to be used on any television programmes that want to evoke a kind of creepy, wintery feel. That tuned percussion provides plenty of ammunition for those who have bemoan the use of same Sigur Rós songs on television over and over again. (‘Í Gær’ is the music used in the Heima trailer which I have embedded at the bottom of this post.)

However, it is good to see ‘Hjómalind’ (what used to be called ‘Rokklagið’) finally getting a proper release. But why not ‘Fönklagið’? It might not fit in with their current image, but I still think it’s a great, fun song.

The reworked version of ‘Von’ is also a pleasant listen. The new version of ‘Hafsól’ is fantastic as well, although was previously released as the B-side to ‘Hoppípolla’ so is not really anything new. 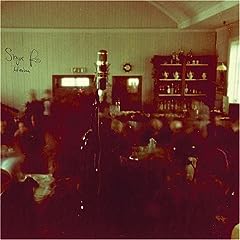 Heim meanwhile is a disc of live acoustic recordings of classic Sigur Rós songs. The songs are inevitably a little bit stripped back and raw. Some of the performances were recorded in outdoor locations. In ‘Heysátan’ in particular you can hear the birds enjoying the performance.

Despite the stripped back nature of the album, long time collaborators Amiina perform alongside Sigur Rós, meaning that the band’s grand sound remains in some songs. After all, ‘Starálfur’ would be nothing without the string quartet.

But the best song on the disc is performed by Sigur Rós alone. ‘Ágætis Byrjun’ has long been my favourite song by the band, so it was always going to be a stand out for me on Heim. The original version is largely acoustic anyway, but there are still a couple of subtle differences. The piano almost takes its rightful place at the forefront.

Part of what I love about this song is the fact that most of it sounds beautiful, but dissonant notes briefly appear just after the climax of each chorus. I wonder why? “An all right (but not perfect) beginning” perhaps. Whatever, these bits stand out a lot more in this live version than on the album version, and it sends a shiver down my spine. 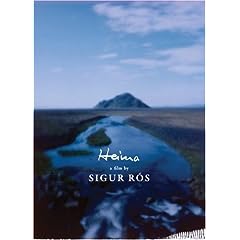 But the best part of the tripartite alliterative Sigur Rós bonanza that hit the shops this month is the DVD of the film, Heima. It follows Sigur Rós touring Iceland, playing a series of free concerts in a diverse variety of locations.

Conventional concerts are documented. My favourite moment of these is at the start, where the band are performing ‘Sé Lest’. At the appropriate moment, a local brass band unexpectedly emerges from backstage to perform the brass part. But the moment is fleeting as the band walks between the members of Sigur Rós, climbs off the stage, makes its way through the audience members and out of the door.

As well as conventional concerts, the band also performs in some stranger places, such as an abandoned fish factory (where lead singer Jón Þór Birgisson and Amiina perform in a giant fish-oil tank, creating a peculiar audio resonance). The band also played a protest concert, performed without using any electricity, where a dam was being built at Snæfell.

The Icelandic tourism board must be cock-a-hoop. The film follows Sigur Rós, but it focuses as much on the scenery as it does on the band. The whole film has a beautiful visual style because of this. Heima will probably do more to advertise Iceland as a potential tourist location than anything else.

The film also follows Sigur Rós visiting some locations for pleasure. The best of these features is about Páll Stefánsson, who makes percussion instruments out of natural materials. The film shows Stefánsson tirelessly testing stones, checking the tone each makes, so that he can build a stone marimba. Sigur Rós later perform an improvisation on the makeshift instrument.

I was a bit apprehensive about buying the Heima DVD. I can never resist buying the limited edition if there is one, and this one cost £25. But with two discs (the second disc contains two hours worth of full performances of each song featured in the main film, spanning all four of their albums) and lush packaging, it feels worth it.

In fact, the artwork and packaging is a strong point of Heima and Hvarf / Heim. Both feature nostalgic-looking, treated photographs. They have been deliberately aged, with colours bleeding. It is similar to what Boards of Canada do, but I think the Sigur Rós artwork is even more evocative.

Now I find it incredible that I was actually reluctant or indifferent about buying these. I was becoming tired of Sigur Rós, but Hvarf / Heim and Heima have reminded me why I love the band so much. If you were swithering like me, I would advise you just to buy.