He can’t sing either 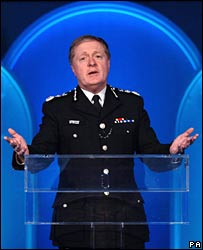 Does anybody else think this photograph looks really weird? The background makes it look like he’s performing on a 1970s variety show or something, not making a sober speech about terrorism and how we’re all going to die unless we lock up every brown person for 90 days or whatever.